Thanks for OMC's Gifts. that's very nice. WE are expecting a better 2019

Fixed Female to male attenuators from OMC offer defined control of optical signals in both integrated and add-on products.

Depending on the project or need, fixed attenuators can limit (attenuate) the amount of light passing through to the exact levels your project or application requirement.These precise attenuation levels provide for highly accurate performance.

The ability of any fiber optic system to transmit data ultimately depends on the optical power at the receiver as shown below, which shows the data link bit error rate as a function of optical power at the receiver. (BER is the inverse of signal-to-noise ratio, e.g. high BER means poor signal to noise ratio.) Either too little or too much power will cause high bit error rates.

Too much power, and the receiver amplifier saturates, too little and noise becomes a problem as it interferes with the signal. Fiber optic attenuators are mainly used for adjusting the Optical Power to a desired level. Attenuators are available in models with variable attenuation or with fixed values from a few dB to 20 dB or more. 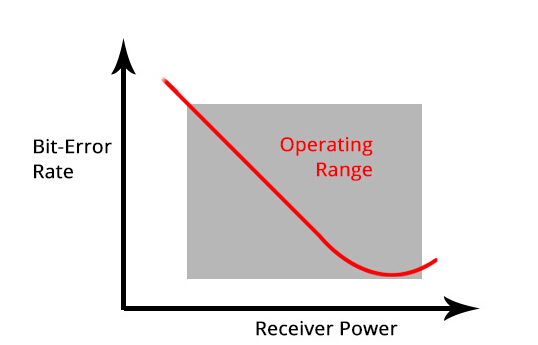 For single mode applications, the most important specification, after the correct loss value, is return loss or reflectance! Choose a type of attenuator with good reflectance specifications and always install the attenuator (X in the drawing) as shown at the receiver end of the link. This is because it's more convenient to test the receiver power before and after attenuation or while adjusting it with your power meter at the receiver, plus any reflectance will be attenuated on its path back to the source. 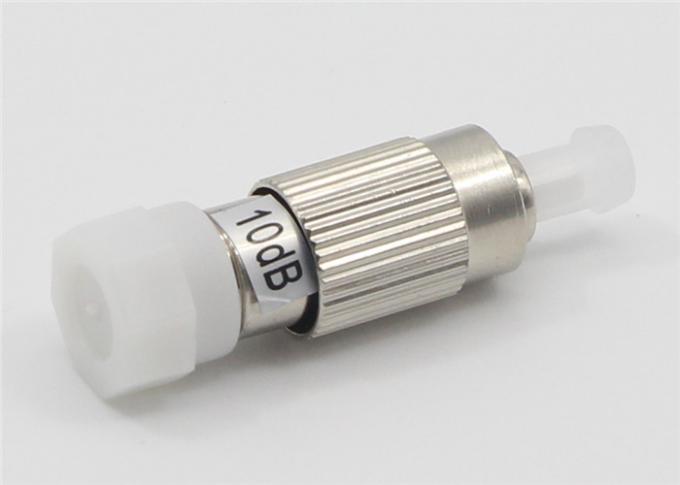